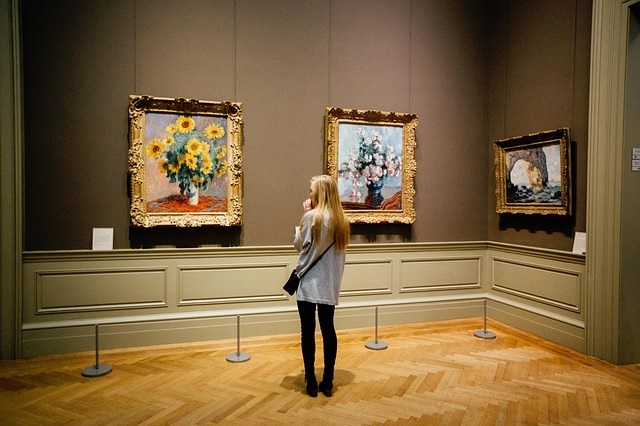 More Than 75 New York Art Galleries Are Slammed With Lawsuits for Allegedly Violating the Americans With Disabilities Act (ADA): Galleries are the latest industry to be targeted by a wave of lawsuits over the accessibility of their websites.

Dozens of New York galleries, including Marian Goodman, David Zwirner, and Gagosian, have been hit with lawsuits alleging they are violating the Americans With Disabilities Act (ADA) because their websites are not equally accessible to blind and visually impaired consumers.

Art galleries are the latest business sector to be targeted with a wave of such lawsuits. Thousands of other businesses, including hotels, resorts, universities, and restaurants have been served with similar complaints last year.

The flood of legal complaints has come in response to a lack of clarity over businesses’ obligations. Under Title III of the ADA, companies cannot discriminate against disabled people “in the full and equal enjoyment of public accommodations.” But when the law passed in 1990, the internet was not as omnipresent as it is now, leaving a vast gray area over what defines an accessible website. Since 2010, the Department of Justice has been working to develop uniform guidelines. But as part of its quest to reduce government regulations, the Trump administration abruptly stopped drafting the new rules in late 2017.

Soon thereafter, lawsuits began flooding in. Nearly 5,000 ADA lawsuits were filed in federal court for alleged website violations in the first six months of 2018, according to the Los Angeles Times, citing an analysis by specialist law firm Seyfarth Shaw. The firm predicted that the number of lawsuits would double by the end of last year.

A Growing Trend
Like the lawsuits targeting other businesses, the claims against galleries tend to identify websites that lack special code that would enable browsers to describe images for people with impaired vision. In order for screen-reading software to work, the information on a website must be capable of being rendered into text. The complaint also cites several other “barriers” to site accessibility, including “lack of alternative text,” an invisible code embedded beneath a graphic image or within a URL.

A single plaintiff, identified as Deshawn Dawson, a legally blind person living in Brooklyn, has filed at least 37 lawsuits against a wide range of New York fine art, rare book, and antiquities dealers in US District Court for the Southern District of New York, artnet News has learned.

Galleries named in recent lawsuits—most dated January 21—include Hirschl & Adler, Pace Editions, Mitchell-Innes & Nash, and Pace/McGill. Several of the galleries first learned about the lawsuits when contacted by artnet News or law firms offering counsel. None of the galleries responded to a request for comment.

The complaint, made on behalf of Dawson “and all others similarly situated,” seeks class action status and a jury trial. Most of the 27-page complaints are nearly identical, noting that Dawson seeks to change the business’ “corporate policies, practices, and procedures so that defendant’s website will become and remain accessible to blind and visually impaired consumers.”

A different plaintiff, Henry Tucker, also filed more than 80 similarly worded suits this past November, including a number against New York galleries. Both Tucker and Dawson are represented by the same attorneys, Joseph Mizrahi and Jeffrey Gottlieb. They did not respond to artnet News’s request for comment.

Cynical or Justified?
The lawsuits have already mobilized advocates on both sides.

“Our main point is that there needs to be clear guidelines from Congress or the [Department of Justice] on how the ADA applies to the internet. As it stands now, businesses and nonprofit institutions of all sizes can be sued without any real notice of how they are supposed to comply with the law,” Adam Morey, public affairs manager for the Albany-based Lawsuit Reform Alliance of New York, told artnet News. “Paying out settlements doesn’t ensure access for all, but guiding website owners to compliance would. The money going to attorneys fees could be put to better use bringing websites into compliance.”

New York is a particular hub for this kind of legal action. The state’s federal courts saw 1,471 ADA website accountability lawsuits filed in 2018, according to UsableNet Inc, which amounts to 64 percent of all such lawsuits filed in the seven major states that Usable tracks. The lawyer behind a number of gallery suits, Joseph Mizrahi of the firm Cohen & Mizrahi, has filed 411 ADA accessibility lawsuits in New York on behalf of 13 visually impaired people.

“What’s particularly frustrating is that a lawsuit like this has the potential to be devastating for some galleries,” Art Dealers Association of America executive director Maureen Bray told artnet News. The association’s lawyer recently organized a seminar to answer questions from concerned galleries and offer guidance.

Art law expert Thomas Danziger is also representing several galleries in the Henry Tucker suits. “While the galleries we work with certainly support accommodating people with disabilities, this particular litigation feels to me like a cynical effort by a few lawyers to extract payment from our clients and others,” he told artnet News.

Asked about the spate of recent lawsuits, the American Foundation for the Blind voiced support for the effort. “As more and more organizations conduct business online, it is unsurprising that we are seeing a rise in these accessibility-related issues,” a spokesperson said in a statement. “The Department of Justice has long interpreted the Americans with Disabilities Act to apply to web services, and recent court rulings concerning the accessibility of web content and services have tended to support that online businesses are a public accommodation subject to title III of the ADA.”

What Happens Now?
Bringing websites up to par is anything but simple. Website designers Dan Miller and Billy Maker of exhibit-E said they have received a wave of requests, beginning with a high-end resort that was facing a lawsuit 10 months ago. “We went through the whole process with them and learned a lot,” says Maker. “The rules are extremely broad, almost absurdly so.”

Given the lack of clear guidance surrounding ADA compliance on websites, Maker and Miller started implementing their own coding and standards systems. But gallery websites are often significantly more complicated than those of other businesses, they say, given the wide range of formats used to showcase fine art, including slideshows, video, and nested menus.

Karen Harned, the executive director of the nonprofit NFIB: Small Business Legal Center in Washington, DC, says the spate of galleries receiving suits appears to be new, but she has seen numerous small businesses struggling to address the ADA website compliance challenges in the past year. “It’s a mess because there is no law on the books and courts are going all over the map on what people have to do to be ADA compliant,” she said.

Some legislators are now looking for a way to clarify the gray area. A representative for Congressman J. Luis Correa of California, where many ADA website compliance lawsuits have been filed, told artnet News: “The Congressman has been working on this issue for a few years now, however, we were unaware that this had spread into the art world as well.”

The Congressman, he noted, is currently planning a series of listening sessions with affected individuals and businesses “to better understand what they would need to get in compliance.”

Restaurant Websites Can Be Sued For Accessibility